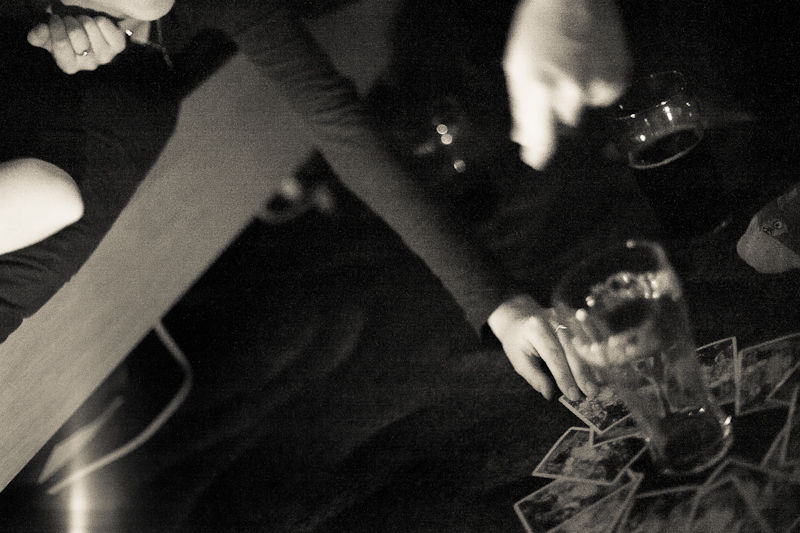 Previous Next
← previous day next day →

Phil, Harriet and Kat came over to mine for drinks on Bonfire Night, which I am fully aware was over a month ago. We ended up playing Ring of Fire, which Phil and Harriet insisted was called 'King's Cup'.

Haven't posted on here for a while, but I want to get more in to the habit of posting less quality, more frequently, just to get into the habit of sharing work that I don't particularly hold in much regard. Back on Flickr I used to post any old crap (which I thought was good at the time), which lead to a bit of a spammy feed but at least plenty of conversation. It's harder to browse backwards on here so I don't mind there being a bit of fluff between gems... after all, surely photoblogging is more about the moment than sheer quality.

Oh, and I've been working almost exclusively with film recently, and haven't got round to scanning it all in yet. But expect more analogue stuff in the future.

Ahh that was a good night =)

The other day when you mentioned that you hadn't shot much this month i later realised it's because (to my joy!) that you've been embracing film even more =D Ahh so proud *ruffles*

I agree with your new blogging thing, i want to see more on here as im sure others do too :) x

i deffo agree with kat, but even your rubbish stuff is better than my decent stuff :)